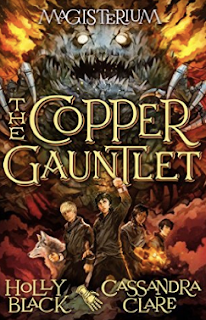 In the second book of the Magisterium series, Callum Hunt is back with and Tamara. And Callum is certain that his father,  Alister Hunt, is trying to kill him and his wolf Havoc. After running away back to the Magisterium, Call finds out that the powerful Alkahest been attempted to be stolen. And Call knows how did it- and it's up to him to stop the person. A great action and magic novel for both returning fans of the Magisterium series, The Copper Gauntlet is a book that grader to seventh graders will adore.