I just finished reading Ali Benjamin's The Thing About Jellyfish, a book that has been nominated for several awards, for maybe the fifth or eighth time.
Jellyfish are amazing creatures, and her book captures the combination between fact and fiction so well that the words seem to rush together as you read the book, and never lets you look up until the last words have been read.
It is an amazing novel, and I strongly recommend you to read it. Now, some facts about the creatures of the deep themselves: Jellyfish. 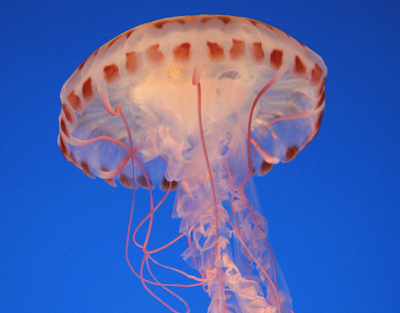