Humans rely so much on their emotions to feel and communicate with other humans. What do you think would happen if we didn't have any? And do you ever think we may have too many. Here is an example of just the tiniest things that could happen that result in a full-blown disaster.

The sky was dark, and the park’s roller coaster sounded like a roaring dragon. The constant splash of water sounded like all of my classmates chanting, you failed. Your a failer. You’re stupid. My brothers were all giggling, excited, and my mother looked like this was the happiest day of her life.
Fools, I thought. The earth was coming down among us, and this was how they acted? I had just gotten my report card back tom my school . I have all A’s but math. Just because 1 point was missing on my math score, we’ll have to move! I won’t get into a competitive high school.
The day went by me in a blur. Rollar coasters rides. Amazing. Water park. Wow. I don’t think so. On the way back my mother told me the lists of the community high schools that I could go to. I finally just lost it and started crying.  I was never going to be good at anything. Not ever.

Leaning over the rickety old hospital bed, I felt my salty tears quickly slide to drip the lifeless nose on the bed. My sister would never wake up again. There was no hope left, the doctors told me. But the hardest thing was not the fact my sister would never open her eyes again, it was the fact that I would choose if she lived or died.
The coma was deep, the doctors told me, she won't feel anything if I decided to cut the LifeSupport. They weren't sure if she could even hear me now. Suddenly I heard the heart monitors begin to beep and my sister began to shudder. Like magic, at least twelve nurses and doctors rushed into the room, like someone had lit fire to their blue scrubs. Screaming franticly, clawing at the two nurses half walking, half dragging me out of the room, I hollered my sister's name until I was hoarse, and kept hollering, even after the doctors came out and told me she was dead.

Imagine if we didn't have any emotions. For one, tons of words would not exist. From 'happy' to 'exultant' none of them would exist. So many things rely on our emotions, and I for one wonder what would happen if we didn't have any. For emotions aren't only about love and sadness and disappointment and happiness. If we did not have emotions we would not have any sense of right or wrong, but no sense of evilness or right-doing. It would probably be like not having a soul, just wandering around aimlessly and without point. Without feelings we would have no soul, no thoughts. 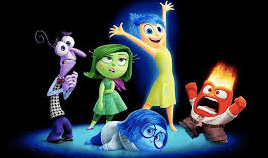